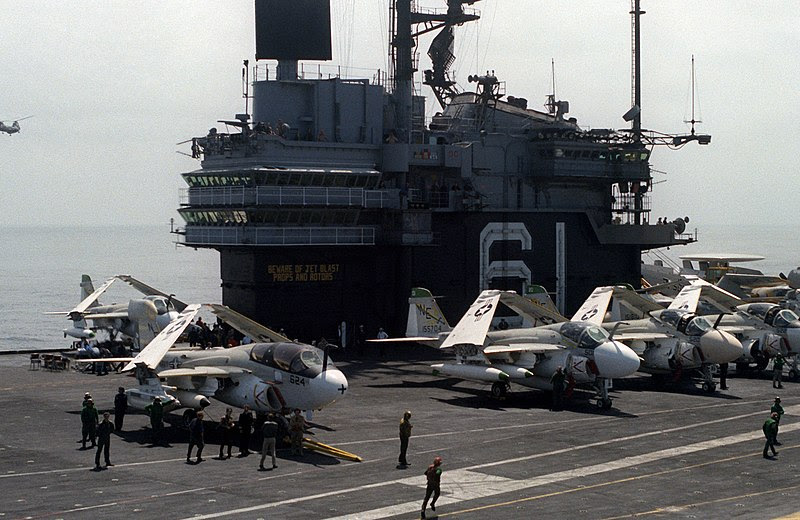 Kitty Hawk and Independence at NS Pearl Harbor HI. RIMPAC 98. This was long after I had retired. 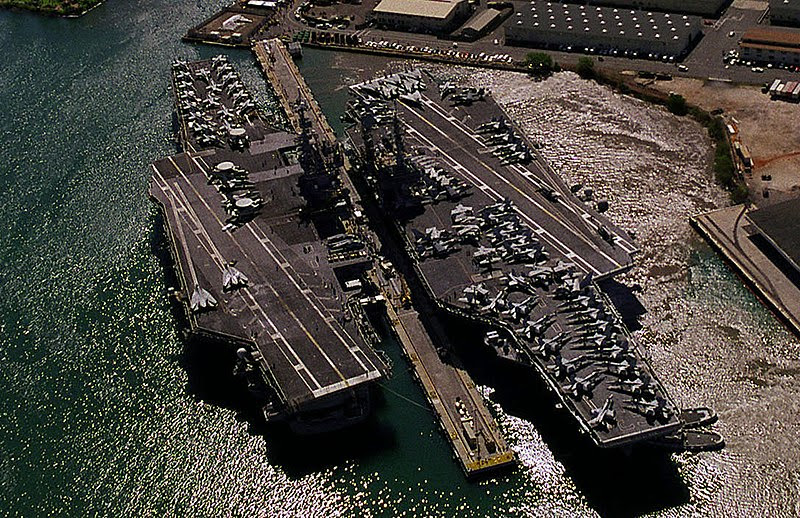 Those three vessels I served on are in the pic at the link as well as Constellation.
They represent a large part of my life, approximately 5 years and 2 months of it.

All four of these ships were there on 28th or was it the 27th Jan 1973. The day Vet Nam was over. I have the picture of it in the Ranger cruse book I have.
Along with CV-65, Oriskanie, Forrestal, and I think Coral Sea.

Five sailors from my Boot Camp company went straight from San Diego to the Constellation. I'm assuming they survived long enough to be plank owners.
My own ship, USS Wiltsie (DD 716) had the opportunity to operate with both the Ranger and the Kitty Hawk. Acting as plane guard for either was anything but fun.

Status: Stricken, to be disposed of

Those are pretty sad words, among the saddest in certain company. I kinda sorta know the feeling: NONE of the radar sites I served at during my career exist today. There are remnants... rusting towers, derelict buildings... and seeing those make me pretty sad.

Another one of those "gettin' old sucks" sorta thangs.

Musings from the Smartest Man in the World said...

I was on the Ranger in 89 & 90 while attached to VF-2. After 20+ years that was the best ship I was on. I would like to see it dontated as a museum someplace.