The restored bell from the World War Two battlecruiser HMS Hood has been unveiled 75 years after the ship was sunk by the Bismarck.

Solemn Day for the Royal Navy and HM Dockyard Portsmouth.

I think most of us read about the sinking of HMS Hood by Bismarck and the subsequent pursuit and sinking of Bismarck.....

I read Ludovic Kennedy's book as a youngster. 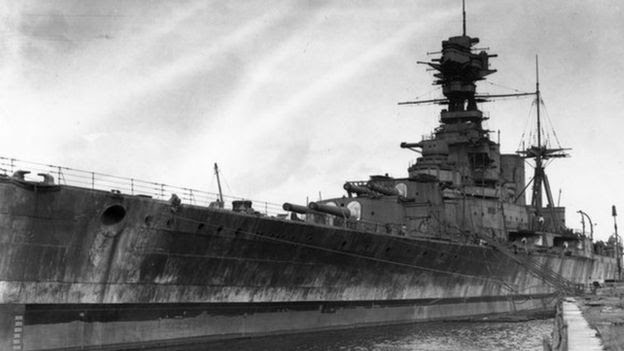 I saw the photos of Princess Anne ringing the bell. It had been quiet for a long time.