From The Federalist: The Nonexistent Link Between Grilling And Gender

"Do you ever go out in your driveway, fire up your grill, grab yourself by your balls, and just howl at the sky, fully taken over by your own caveman essence and the general awesomeness of being a man? Well, if you’re me you don’t need the grill to make this happen, it’s just a normal part of Saturday afternoons. For Jacob Brogan in Slate, thegrill is a necessity. Of course, as he explains, this is problematic.
“At such moments, I get the sense that I’ve fallen into a societal trap, one that reaffirms gender roles I’ve spent years trying to undo. The whole business feels retrograde, a relic of some earlier, less inclusive era.”

I bet he doesn’t even grab his junk and howl at the sky. And he just keeps going. “Gathered around the coals with beers slung low, we’re all but enacting a myth of the American man, telling a story in postures and poses. No longer mere Ph.D. students, we have become bros."--------------Rich Cromwell 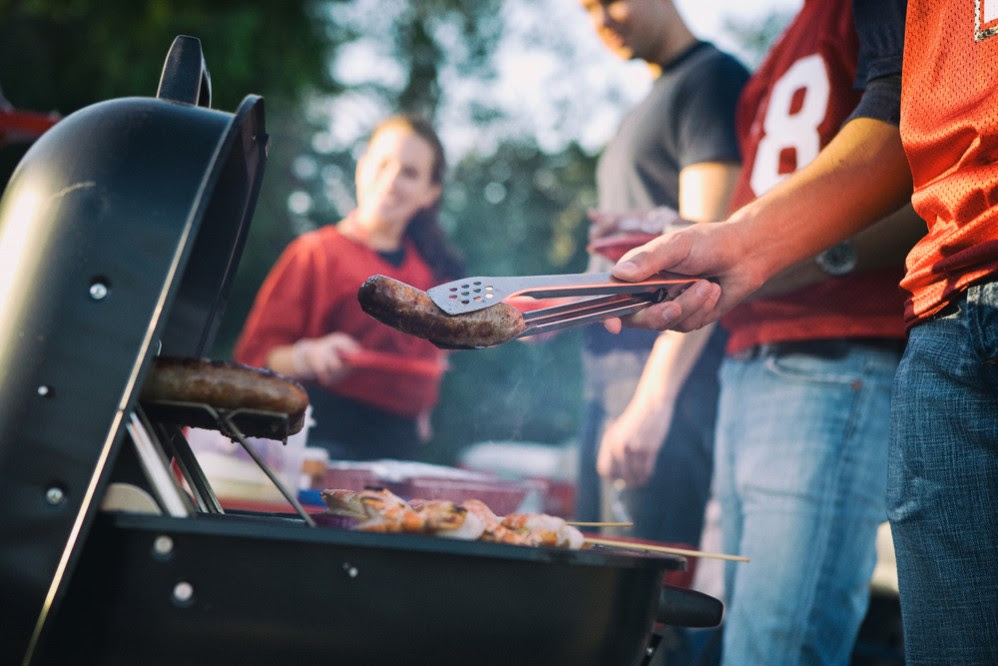 Gotta disagree with the findings here, Chief. Although the stereotype certainly exists, it is inarguable that men man the grill, period.

Who is it that starts the campfire once the tent is up? Marge? Not a chance, it's always Harvey.

Men will stop grilling only when their tongs are pried out of their cold, dead fingers.

The question that I am interested in is why exactly do some cretins insist on spending half an hour getting a pile of Kingsford briquettes up to grilling temperature, when I can simply turn a knob, hit an igniter button and ...WHOOSH...instant gratification.

And I don't want to hear about taste. There is not a single damn molecule of either propane or wood product that is transferred to the food on a back yard barbequed piece of chicken, burger or steak. And given a blindfold and two plates of steak; one gas and one charcoal, there is nobody, and I mean NOBODY, can tell whether something has been grilled on a gas grill or by charcoal.

There you have it, Chief.