I saw the Venerable F-4J in service in Fighter Squadron 33 and Fighter Squadron 102 chase Bears when I was the Flight Deck Elevator LPO on Independence in October/November of 1975 when we were in The Norwegian Sea.
The Bear was a sight to see at low level going by the Task Force. 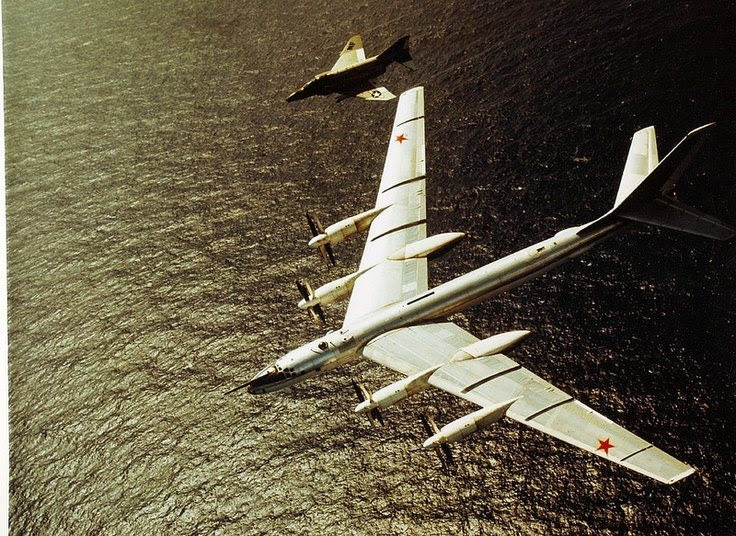 The Bear was a sight to see at low level going by the Task Force.

And to HEAR, according to what I've read... which is "one of the noisiest aircraft of all time."

Not too bad with a Cranial on!