"0906 -
The Bosun’s mate of the watch bellows on the 1MC: “Emergency breakaway, emergency breakaway, starboard side.” Down on the refueling sponsons, what had been yet another scene of stolid passivity as the aviation fuel pumped gradually aboard turns in an instant to an noisy, but ordered frenzy as instructions are shouted and relayed from supervisors to line handlers. The refueling probes are quickly unseated, and run a short distance back towards the oiler, where waiting crews haul back on the messengers to bring them safely home. The high-tension span wires are slackened, and pelican hooks tripped, as wires, cables and haul ropes return back aboard their respective ships in an accelerated but controlled reverse of the order in which they came over. When the last lines are in the water between the two ships and nothing is left connecting the one to the other, the Captain nods to a shaken squadron commanding officer, who thanks his stars that had rehearsed this very scenario in his head before resuming his watch: “All engines ahead flank, indicate 129 RPM.”
Been through more than a few of these but not on The Bridge. I used to have an UnRep station when I was serving aboard The Good Ship Independence as a young Airman Apprentice and Airman. 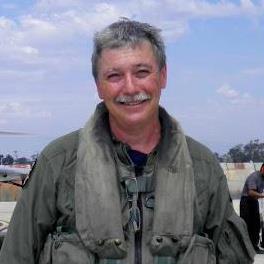