I was in the right turn lane for California City Boulevard when I saw this train's headlight coming around the curve from Sanderson and Mojave Junction.
I pulled into the area that big rigs use to spend the night and broke out the Nikon.
Some are good and some are not that good. It was raining and the camera would focus on the traffic on CA 58 and screw me up a bit. 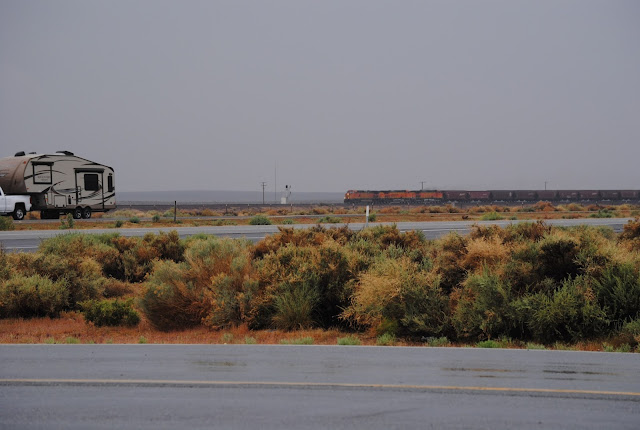 It turned out to be an empty grain train. A loaded one this length would need at least two or three more locomotives. 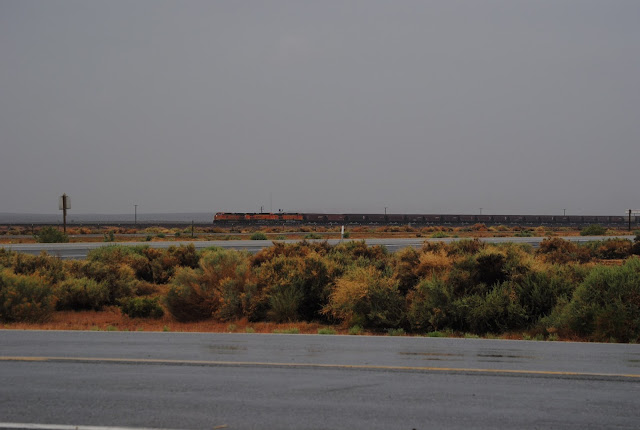 I would guess that he was moving at track speed which is 65 mph on the BNSF Mojave Sub. 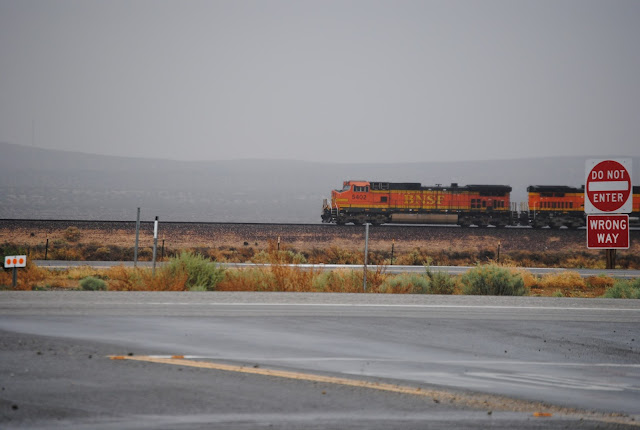 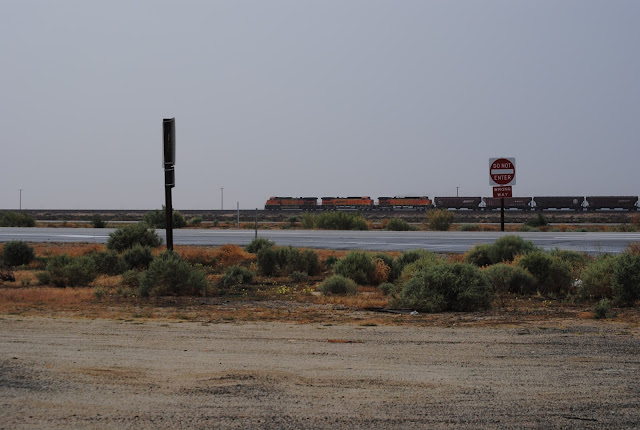 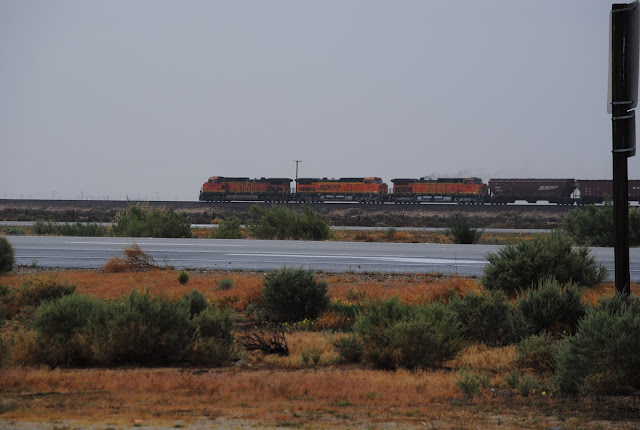 I still love trains. One of these days, I am going to go to Barstow and shoot pictures of trains on the Needles Sub to the east of Barstow and the Cajon Sub west of Barstow going to San Bernardino.
Posted by Glenn Mark Cassel at 12:31

I was observing one of the many Union Pacific trains that come through town last week, thinking it must have been an empty train because there were only two engines.
Then the end arrived with three pushers.

A good indicator is to look at the springs on the cars.