The aircraft, belonging to the 4° Stormo, based at Grosseto, and 36° Stormo (Wing) based at Gioia del Colle – even though personnel taking part in the mission come from all the units flying the Typhoon, including the 37° Stormo based at Trapani, will join the two-seater Eurofighter that took part in the “F-35 trail,” accompanying the first Italian JSF in the type’s first transatlantic crossing.
I think the Typhoon is an awesome aircraft. The Italian Air Force is participating to a significant level in Red Flag 16-2. I was able to participate in Red Flag 12-2 with the 416 FLTS/AMU. I would love to get to Nellis to watch the Typhoons.
Here is a picture to whet everyone's appetite for Red Flag...................... 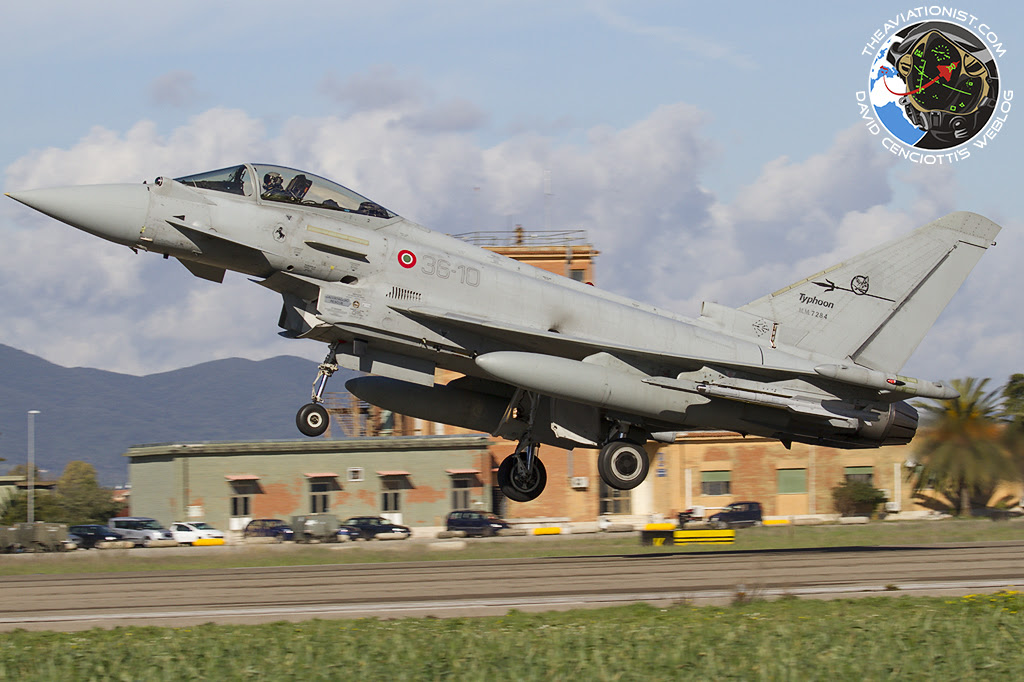 Here are the photos of the Italian Eurofighter Typhoons departing for their first Red Flag exercise: