Most of the folks who follow this blog are aware of the big boneyard at Davis Monthan AFB.
The Daily Mail had a piece on it with the Bing Map Images. 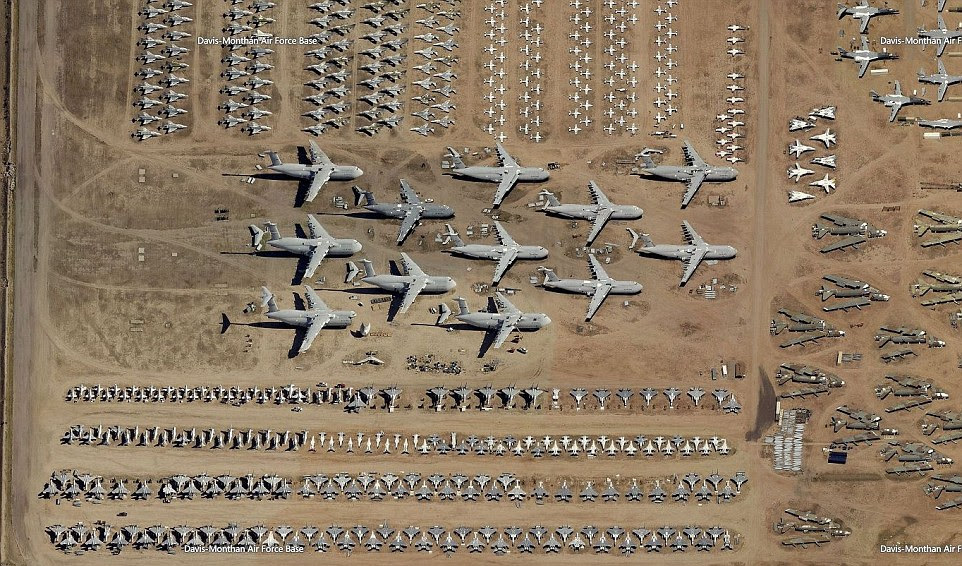 While it isn't the only aircraft boneyard in the world, it is the largest, containing around 4,400 aircraft. Planes that have served on aircraft carriers have to be washed to get rid of salt. All aircraft have their fuel tanks lines drained and any explosive devices are removed.