Yeah! I would ride in that! World’s Biggest Aircraft Is Funded by Iron Maiden’s Frontman

"It looks like a sketch from Howard Hughes’ notebooks, but this massive air ship is real, and currently the biggest aircraft ever produced. It can also be remote-controlled and land on water. And the lead singer of Iron Maiden is an investor.
The HAV 304 “Airlander” is just over 300 feet long. That’s nearly 60 feet longer than a Boeing 747, 80 feet longer than the Spruce Goose, and 30 feet longer than the Antonov An-225, the previous title-holder for the world’s largest aircraft.
The flying leviathan was produced by British aeronautics firm Hybrid Air Vehicles, and it’s being considered for commercial and rescue applications–at around $100 million each."
http://www.wired.com/autopia/2014/03/airlander-biggest-aircraft/?mbid=social_twitter
Think of the places one could go in something like this. 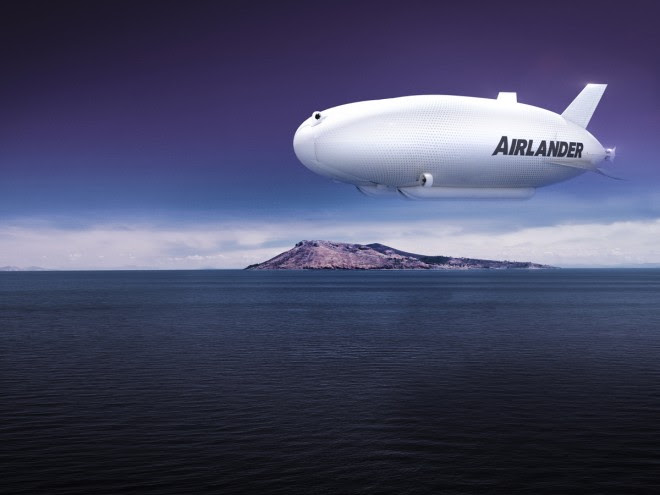 I agree with you. I would also love to ride that aircraft. That is a thing of beauty. Imagine seeing it in the sky! Another plus for it, aside from being the largest aircraft to have ever been built, is that it’s being touted as a green and energy-efficient aircraft.