Airplane stuff for Buck and anyone else. And a beer, too! 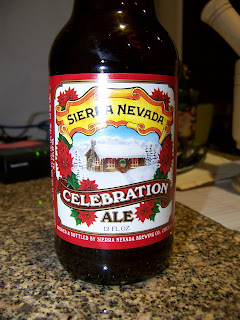 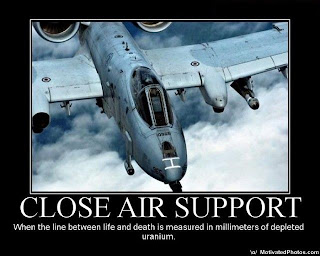 Just for Buck.
Ain't it just so damn cool. Even us Naval Air and Marine Air guys love this airplane. Tomcat guys do not count for the most part. When I was in the A-6 community, our motto was, Medium Attack, Everything Else Is Just Support.
For the Air Force, these "Hogs" were and still are the best close in attack airplane left in the inventory. I served with Marines who dreamed of a carrier version for those funny, far off, shit holes we always spent time just over the horizon from.
I ran into an engineer from L-M Fort Worth the other day. He described the F-16 Falcon as the "finest multi-role combat aircraft ever built" Old dogs should be wary of the multi thing. And he could have been my son. Jeez, Buck. The engineers are children. And I would have to now argue on the side of the F/A-18E/F. It can also do the tanker thing. I don't think Falcons, Eagles and Raptors can do that.
And a note of somewhat historical significance. The 17th of December would have been my Paternal Grandfather's 106th Birthday. For the uninitiated, that very same day in 1903 was when Orville and Wilbur flew the Wright Flyer at Kill Devil Hill, Kitty Hawk, North Carolina.
And the top image is of what I am enjoying at present. Got it at Albertson's in Tehachapi. Decent taste and body at a reasonable price.
Posted by Glenn Mark Cassel at 21:28

I am an old retired Army Officer named Petty. My first assignment as an officer was Fort Irwin there in the Mojave just south of Death Valley. married a girl from Yermo, CA. We now live in Kansas on 18 acres of woods. I'll drop in from time to time. MUD
http://ridingwithmud.blogspot.com/

Glenn, caught a comment of yours on Traks blog,,lol,,had to visit and say hello and say Thanks for your service to our Nation.

MUD, We left Wichita at the end of October. Started out here at Edwards 9 Nov. Unlike most of my fellow aircraft workers in Wichita, moving for a job was an option.
Christopher, you're welcome.

MMmmm... Sierra Nevada! And seasonal, too!

I find it somewhat amusing/amazing there are now a lot of senior AF-types singin' the praises of the A-10 and finding money to re-wing them. All this, of course, after trying to retire the entire fleet a couple o' few years back. It's not beyond the pale at all to think the Grunts' and the Jarheads' wails, screaming, gnashing and thrashing against that demented policy had MUCH to do with the rethinking of THAT stoopid-ass decision. Good on 'Em.

Even this retired submariner loves the Warthog. Few aircraft that ugly can be so beautiful.

Us Army boys love the brag about the Apache, but call the Air Force for A-10 Thunderbolts when Schumer hits the fan.